Perhaps being the wife of one of America’s foremost comedians may have ramped up her popularity. But, that does not take away the fact that Alexi Ashe, Seth Meyers’ wife doesn’t have a life of her own. She is often seen in the light of a relentless human rights activist. Alexi Ashe is an American Human rights activist focusing on domestic violence and gender violence. In this article, we shed more light on who she is and how she got to the stage that she is now.

Who is Alexi Ashe?

Alexi Ashe was born to Tom Ashe and Joanne Ashe on April 1, 1983, in New Mexico, United States. Fortunately, she was not the only child of Tom and Joanne as she grew up with her sister Ariel Ashe. The two sisters formed a close bond and attended the same schools for their education. Alexi and Ariel grew up in Albuquerque. They had their high school education here too.  They would later attend Occidental College in 2002.

Alexi earned a Bachelor of Arts degree in Political Science and Government in 2006. Three years later, she enrolled at the prestigious Southwestern University School of Law. In 2011, Ashe took her studies further when she received a Doctorate of Law in International Human Rights. This explains her human rights activism, only that she has a degree that backs her passion.

The Career of Alexi Ashe

You must have wondered what Alexi Ashe did before she got her doctorate degree. Unlike many who just enroll in another school after finishing one, Alexi Ashe made use of the years before she enrolled at the Southwestern University School of Law. Between March 2007 and April 2009, Alexi Ashe worked as a policy and research analyst. She did all of this work at the office of the Los Angeles City Attorney.

She was heavily involved in local police policies, child abuse panels, domestic violence, gang prevention for middle school students. As a legal practitioner, she also led investigations of complex criminal activities in the trafficking unit of the agency she worked with.

Before Alexi Ashe got her doctorate degree, she got a role as a legal intern representing refugees with Human Rights First. Here, she worked on the US asylum process. All of this happened in 2011. After spending a year, helping to figure out protocols to help with human trafficking victims, Ashe was hired by AC Investment Management. Ashe was to work as a legal counsel for the investment service outfit. But, she didn’t stay long as she left in December that year for reasons only she can explain.

As a woman who canvassed for human rights, especially children rights, she was employed at WorldWide Orphan Foundation in New Jersey as a legal intern and grants writer. It was during her job here that she was able to travel to Haiti, to help generate funds and grants for people living in abject poverty. In January 2013, Ashe was made a member of the advisory board of an outfit known as Journeys in Film, who are committed to educating people with stories in audiovisual format.

After working in several positions that have to do with human rights, Alexi Ashe got admitted as a director on the board of directors for Human Rights First. Before then, she had worked in the Human Trafficking Bureau and Special Victims Bureau. Her work as a frontline human activist has seen her named one of New York’s most notable New Abolitionists.

Who is Alexi Ashe Husband?

Seth Adam Meyers was born on December 28, 1973, to Hilary Claire and Lawrence Meyers in Okemos, Michigan. Meyers is of multiple ancestries. Lithuania, Czech, Austria, Croatia, England, Germany, if Meyers claimed any of these countries, he would not be wrong as his genealogy cuts across these countries. Meyers had his education at Manchester High School West in New Hampshire. He graduated from Northwestern University in Evanston in 1996.

Seth is an American writer, producer and comedian, the latter of which he is popular for. Meyers is a television host and is currently the host of Late Night with Seth Meyers on NBC. But Meyers didn’t get to this place without some work. He provided content for Saturday Night Live from 2001 to 2014.

How did Alexi Ashe and Seth Meyers Meet?

Alexi Ashe first met with Meyers at Chris Kattan’s wedding. She was invited to the wedding by her sister, Ariel. Ariel is a fashion designer. After meeting with Meyers, the attorney fell in love and the duo dated for five years before marrying on September 1, 2013. Their wedding took place at Chickemmoo Farm in Martha’s Vineyard in the presence of friends and family.

Alexi Ashe Had Food Poisoning On the Eve of Her Wedding

In the fanfare of preparing for her wedding, Alexi had eaten a bad oyster. This happened in her dress rehearsal for her marriage. Unfortunately, It got so serious that she saw herself in the hospital. Fortunately, her treatment didn’t take too long. However, she still had her wedding the next day against all odds.

They Have Adorable Kids

Three years after their beautiful wedding, the couple had their first child Ashe Olsen Meyers. Olsen was born on March 27, 2016. In 2018, the couple welcomed their second child, again a boy, Axel Strahl Meyers. Strangely, Ashe had Axel in the lobby of their apartment.

Not many would have ssen it coming. The divorce of Afton Smith from George of The Jungle lead actor, Brendan Fraser. What really happened? Read here.

Alexi Ashe Has Appeared on Her Husband’s Show

Every time Alexi Ashe appears on the Seth Meyers show, Seth seems to be overwhelmed. The two are always in awe of each other and that reflects every time they are seen together.

With her attorney and mothering duties, Alexi Ashe has found a way to be effective at what she does. She has a supportive husband. This fact changes the game. This is what she has in Seth Meyers. 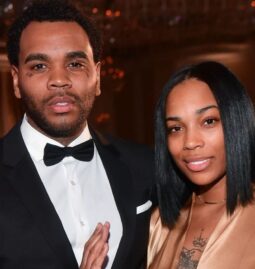 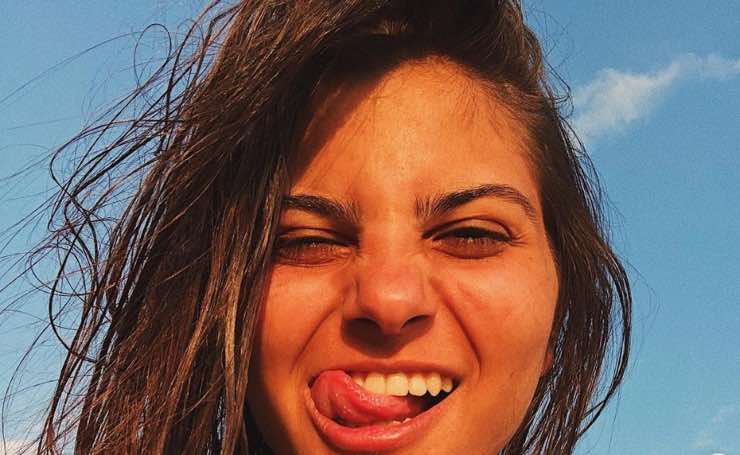 Read More
Who would have thought that someone whose only form of communication is non-verbal would be one of the biggest social media influencers today? It is as if there is a reincarnation of Mr Beans or Charlie Chaplin. By …