The beautiful thing about Selena Gomez is that she is one of those few child actors whose transitioning to adult superstars was smooth. Alongside Demi Lovato and Miley Cyrus, Gomez won hearts as that soft-spoken, puffy-faced child actor with the flair for singing. We are glad that her metamorphosis to the complete entertainer that we know now is complete. When we say complete entertainer, we mean someone who can sing, act, and produce. In all truthfulness, she is one of the best out there. In this article, we will try to delve into Selena Gomez facts, height, and other body statistics, and see how much information we can squeeze out.

The first appearance of Selena on TV came in Barney & Friends, where she starred as Gianna for two years (2002-2004). Why didn’t she continue? Well, unfortunately, she was dropped for reasons best known to the producer. One would think this would break her considering she was barely a teenager at the time.

Anyway, she continued to go for more auditions hoping that one day she gets a starring role. Her mother, an amateur actress, must have also contributed to her desire to be a successful actress.  Even though she had so many obstacles, she wouldn’t let them deter her. Her time would come and her role as Alex Russo in the Emmy Award-winning Disney Channel television series Wizards of Waverly Place (2007-2012) launched her career into heights she may not have dreamt about. The story of Selena Gomez begs to be read, and it is why you are here. Don’t worry, we will do justice to it. Read on.

Mexican, Italian, American, Selena Gomez can lay claim to any of these nationalities. And it is not by her doing, ask her parents. Selena Marie Gomez was born on July 22, 1992, in Grand Prairie, Texas. Her father Ricardo Joel Gomez is of Mexican descent. While her mother, former amateur actress, Amanda Dawn “Mandy” Cornett has some Italian blood. Gomez has often said she is proud of her third-generation American-Mexican heritage.

Her mother gave birth to her when she was 16. And when Selena was five, her parents divorced. It must have been a hard one to take for her as her mother who was barely in her twenties has to take care of her alone. Gomez grew up as a devout Catholic and was often left with her grandparents as her mother pursued her education. Till seven, Gomez said she was fluent in Spanish. We have no idea how that disappeared. But, surely, she still knows how to say some words in Spanish.

In May 2010, Selena earned her high-school diploma through homeschooling.

After her parents divorced, Selena became the sole responsibility of her 21-year-old mother. She recalls that her mother ran three jobs just to make sure that they both had something to eat. On one occasion, she said her mother would have to go from one quarter to another just to get gas for their car. It became difficult for her with no father figure and her mother being the sole provider for her while sacrificing her life for her.

Watching her mother recite and memorise her scripts for her acting jobs sparked something in Gomez. Then with her mother’s help, she began auditioning for various roles. It was on one of those auditions that she met with Demi Lovato; an audition for Barney & Friends. Both got picked to play roles in the TV show. While she was on the TV series, she also had other appearances in Spy Kids 3–D: Game Over (2003), Walker, Texas Ranger: Trial by Fire (2005).

After her roles in the aforementioned movies, Selena was finally ready to go mainstream. She got a recurring role as pop star Mikayla in the hugely successful Disney Channel series Hannah Montana in 2007. In the same period, she filmed this, she was involved in two Disney Channel series, Arwin and Suite Life series. But her big break came when she won the starring role in the series Wizards of Waverly Place. The series became a success and announced her as a brilliant young actress.

She also featured on the Disney Channel special Studio DC: Almost Live where she appeared with other Disney stars. Selena got another leading role as an aspiring dancer Mary Santiago in the sequel to A Cinderella Story, titled Another Cinderella Story. She also explored her musical side when she recorded three songs as soundtracks. She later released one of them with her band Selena Gomez & the Scene, “Tell Me Something I Don’t Know.” She also featured in other movies.

One of the movies, animated movie by the way, that garnered so much success, grossing in $300 million was Horton Hears a Wolf, where Gomez voiced Helga.

Selena Has Come of Age

Away from her child, teenager roles, Selena starred alongside James Franco in the controversial movie Spring Breakers (2013). The same year, she played a role in the movie Getaway. The movie earned her a nomination for Worst Actress At the 34th Golden Raspberry Awards. She also played a role in the animated film Hotel Transylvania (2012).

After giving snippets of her vocal prowess, Gomez decided to explore it fully. She signed a record deal with Hollywood Records, which had her fellow Disney stars on board; Demi Lovato and Miley Cyrus. The trio collaborated on many projects. One of such projects is in the Disney Channel film Princess Protection Program where Lovato and Gomez starred. The duo also recorded the song “One and the Same” used as a promotional single.

In her quest to dominate the music sphere, Selena formed a pop-rock band Selena Gomez & the Scene via her record deal with Hollywood Records. The group released its first album in August 2009. It debuted at number nine on the Billboard 200 albums chart in the U.S. The album didn’t come without criticisms but, it did quite well for a debutant. However, it must be said that Disney’s heavy promotion helped the album in becoming a success.

In 2010 Selena Gomez and her band released their second studio album A Year Without Rain. The album did pretty well and sold over 66,000 copies in the United States. One of the criticisms the album received is that Gomez’s voice had an auto-tune effect. Not minding the criticisms, Selena launched her fashion line, Dream Out Loud.

In 2011, Selena and the Scene released their third and final album. The album did quite well, especially the second single receiving 4× Platinum certification from the RIAA. The following year, Gomez announced that she is taking a break from music.

This didn’t last. As in 2012, she announced that she would release a solo debut album, Stars Dance. Several singles from the album made the Billboard charts. According to reports, as of 2015, the album had sold 392,000 copies in the US.

She has so far released three albums (Kiss &Tell, A Year Without Rain, and When the Sun Goes Down) with her band and three albums on her own (Stars Dance, Revival and Rare in 2013, 2015 and 2020 respectively).

Remember Kristin Luckey? Is she still married? Here’s what we know about Kristin

In 2014, Selena Gomez parted ways with Hollywood Records and signed a deal with Interscope Records.

One of the popularly known Selena Gomez facts is her diagnosis of lupus in 2015. This reality hindered her music tours as she needed to undergo chemotherapy. Fortunately, Selena’s friend, Francia Raisa, donated her kidney to save her life. She had a scary moment when an artery broke and surgery was needed to build a new artery using a vein from her leg. She survived and she is doing fine now.

After the rollercoaster of her relationship with pop star, Justin Bieber, they finally called it quits in March 2018. Before then they had broken up several times from when they started dating in 2010. In January 2017, Gomez dated The Weeknd. But, they broke up in October that year. Right now, there isn’t anyone in her life in a romantic way.

In this article, you have probably seen Selena Gomez facts that you didn’t know about. According to reliable sources, Selena Gomez is worth $75 million. Hopefully, she continues to churn good music and great performances on the screen. 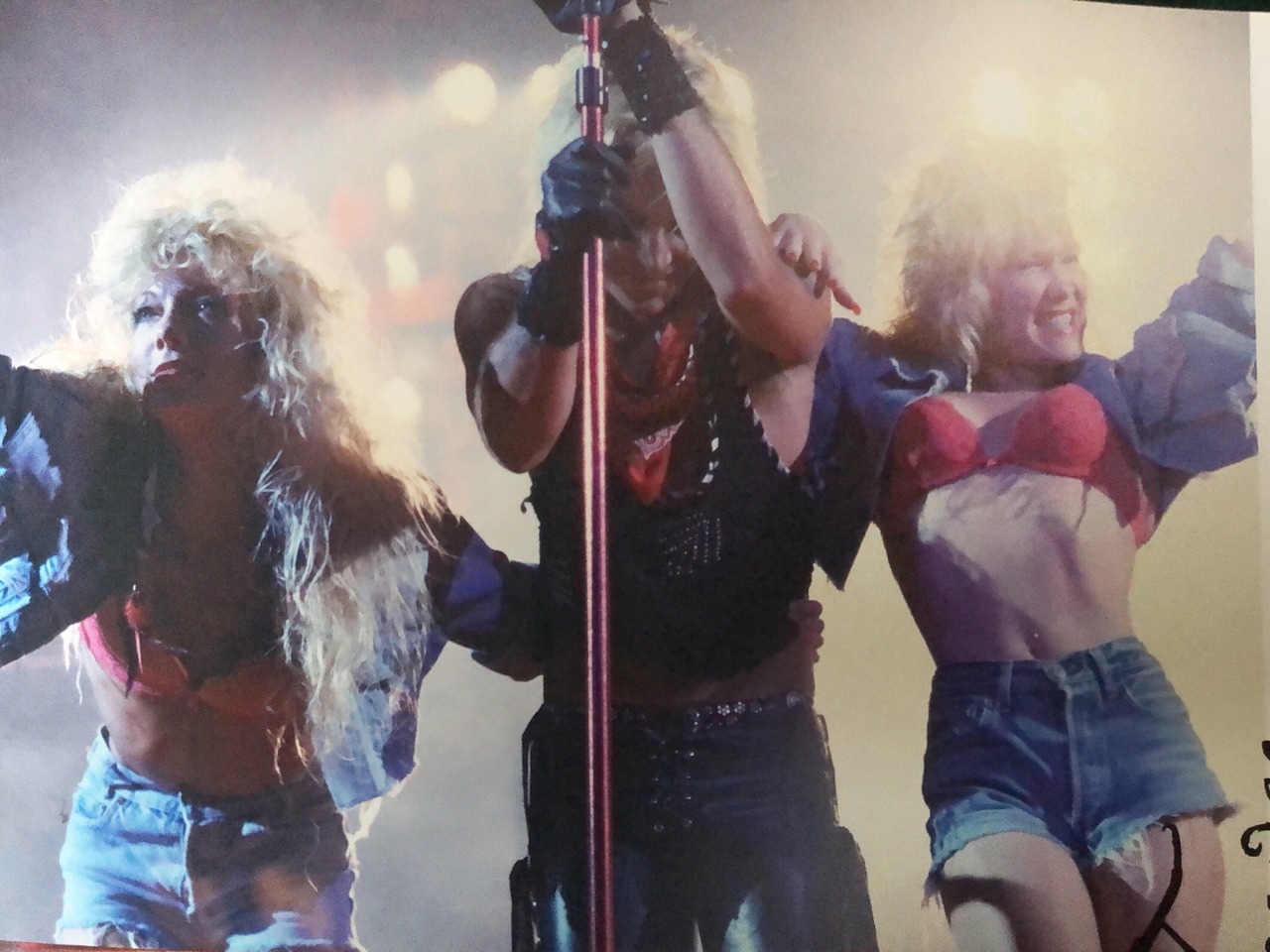