There aren’t many people who are as talented as Wayne Brady today. From being a comedian to a singer and even an actor. By the way, he is not even remotely close to being average. He is that good. Having started as a teenager, Brady has grown to become one of America’s finest talents in the entertainment industry. Born on June 2, 1972, in Orlando, Florida, Brady started performing as early as a teenager in central Florida. This article will reveal facts you probably never knew about Wayne Brady, and some of these facts will leave you in shock.

Who would have thought that a guy who was famous for his stuttering would one day become a host of shows and even an established actor. It must take some form of mental resilience that catapulted him to where he is today. Did you know Wayne was on the hit series How I Met Your Mother? Oh yes, he is! He played James Stinson. This discovery and many more are what we will be revealing as you read on.

Here are 10 facts about Wayne Brady that you didn’t know about.

1. Wayne Brady Grew Up With His Grandmother

Wayne was born to West Indian parents but didn’t grow up with them. Instead, he was shuffled between his aunt and his grandmother. We do not know why his parents weren’t available, but we guess the nature of their jobs perhaps had a role to play in it. Today, Wayne calls his grandmother “mom” since she was the one who raised him. But unfortunately, there aren’t details about Wayne Brady’s parents.

2. Wayne Brady is a Triple Threat

Few people do comedy, acting, and singing well, and Brady is definitely among them. With a beautiful voice, Brady has voiced several musicals, some of which have gone on to win awards. In addition, his love ballads on the show Whose Line Is It, Anyway saw him earn three Emmy nominations. He has also featured in movies and TV shows that are critically acclaimed.

After his exploits on the American version of Whose Line Is It, Anyway, where he won the overall prize, Brady created his Wayne Brady Show series. He created the show in 2001; the show has multiple Emmy Awards. The show is, written and produced by Brady, is a testament to this comic talent. After attaining huge success, the show has spawned a talk show that is equally as successful. Brady’s charming persona sees him as someone anyone would want to listen to.

4. Wayne Brady Has A Music Album

Recall we told you how insanely talented Brady is. In 2008, after his forays into the movie industry, Wayne Brady decided to try out another talent of his – music. He released his first full-length album the same year. The album contained hit songs like Beatles “Can’t Buy Me Love,” Stevie Wonder’s “All I Do.” Also, the album had his original songs laced in RnB. Some of his songs have done well on the Billboard Charts.

It is easy to see celebrities making waves in their chosen paths. But sometimes, they also face internal struggles that we do not know about. For instance, in 2014, Wayne Brady was diagnosed with clinical depression. Unfortunately, we do not see what could have triggered it as it appeared he was doing fine till the news filtered that he was suffering from bouts of depression. Thankfully, he recovered.

6. Brady Has Had Two Divorce Before

Divorce is synonymous with celebrities, and Wayne Brady is not left out. Brady first married Diana Lasso on December 31, 1993. However, after two years, the two separated and divorced due to irreconcilable differences. They finally finished the divorce process on September 21, 1995. Four years later, the comic found love in dancer Mandie Taketa. They married after a period of being engaged. However, after they had a child together, Brady and Taketa divorced on July 2, 2007.

After the divorce, the former couple had to create time to parent their daughter. However, there has not been any news regarding the relationship with Brady. Rumors are flying around as usual, but there is no concrete news on if Wayne Brady has found love again.

You can also read about the controversial YouTuber Nikocado Avocado here

8. He Was A Competitor on Masked Singer

The show Masked Singer which featured a lot of celebrities, also saw Wayne Brady compete in the season two edition of the show. He won the first place position of the display in 2019. The water is wet.

10. He is Active on Social Media

If you want to link up with the talented actor, you can check him out on Twitter with his handle @waynebrady and on Instagram as @mrbradybaby. He is pretty active on social media platforms.

Read about Seth Meyers’ wife, Alexi Ashe here. How did they meet? Find out here

Whether Wayne Brady has any intention to remarry after having two divorces remains to be seen. Anyways, he has set his legacy, and it is unmistakable! 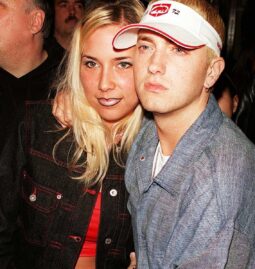 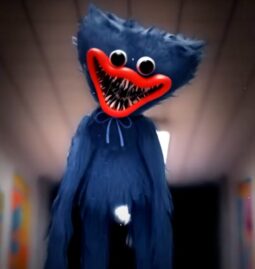