In the same way, social media is a huge disadvantage for some people; it also stands as a huge advantage for others. The introduction of social media has made many people from different parts of the continents and countries rise from the lower class to the upper class of social stratification.

Many celebrities, including TowTruck Jess, have risen due to the popularity of the social media app TikTok. Her entertaining posts have made her a social media celebrity. In this post, we will be taking a  look at this TikTok star and how did she become so well-known?

Who is Tow Truck Jess?

She has over 600,000 fans on this streaming network. Jessica was born in the United States, and she has three lovely kids. A video set to Randy Newman’s “You’ve Got a Friend in Me” is one of her most popular uploads.

Tow truck Jess is a famous social media figure known for her TikTok skits. Her fan base has grown thanks to her lip-sync and dancing videos. Jess has undoubtedly perfected the art of entertainment, as thousands of people like and appreciate each video she posts.

Bobby’s Friendly Towing & Recovery employs her as a tow truck driver. Her salary has not been reported; thus, it is unknown. According to salary.com, professional tow truck drivers in Greensboro, North Carolina, earn an average of $52,147 per year.

Why is Tow Truck Jess Famous?

Jessica’s TikTok videos are a combination of comedy, sincere singing to sound bites and pop music, driving her tow truck, micro-vlogging, and preaching about her religion, which may have struck a chord with many Christian fans.

Jess was arrested on April 27, 2019, following a motorcycle accident with her illegally parked tow truck. Two other people were involved in the accident. Patricia Willard, who was 70 years at the time died in the accident, while her husband, Jerry Willard, was hospitalized in critical condition.

The court case is still under wraps, but the tow truck driver was charged with involuntary manslaughter and illegal parking, according to FOX 8.

In addition to that, Jess’ supporters set up a GoFundMe campaign to help her pay her legal bills that amounted to about $50,000. But, the Go Fund Me page for Tow Truck Jess raised $34,864 out of a goal of $50,000. Since then, the page has stopped accepting donations.

You can find Jess’ merchandise on her website that includes bracelets, hoodies, and t-shirts among the items on offer.

If you’re familiar with the television series ”My wife and kids,” you’re probably familiar with Kyla Wayans’ character Nicole. How much information do you have about Kyla? Is Kyla Pratt the same person as Kyla Wayans? To learn more, click here.

Tow truck jess is a fictional character created by Jessica Tara Middlebrook. Jess is not married and has never had a husband. When it comes to divulging specifics about her love life, she is relatively modest and private.

She is, however, in a love relationship with her boyfriend, as evidenced by Instagram photos of the two of them together. He’s also the father of her three children. It’s safe to presume he’s the father of Tow Truck Jess’s child.

Jessica is a beautiful mother of three children, as evidenced by her Instagram photos. Her first child’s name is unknown. However, Aryn is the name of her second child, a male, and Maggie is the name of the youngest and last-born child, a girl. There have been rumors that the content creator got into an argument with her daughter Maggie. However, there is no proof to back up the claim, as no footage has surfaced to back up the rumor.

We can link the truck drivers’ social media success to the ability to create good content. Though it’s unclear when she first joined TikTok, her lip-sync, and dance videos quickly grew in popularity, resulting in a significant increase in her number of followers. Unfortunately, jess deactivated the account.

Jessica’s primary source of income is her tow truck driving job. According to sources, tow truck drivers in North Carolina earn roughly $50,000 per year on average.

Tow truck jess is the proud mother of three adorable children. She receives the majority of her revenue from TikTok videos. Jess is well-liked by her fans, and she has millions of followers on TikTok. 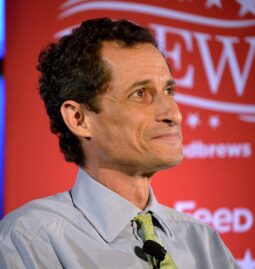 Read More
So, where is Anthony Weiner now? In the United States of America, once you are convicted of being a sexual offender, the probability of getting employed reduces drastically. After the conviction of the disgraced politician, Anthony Weiner, it … 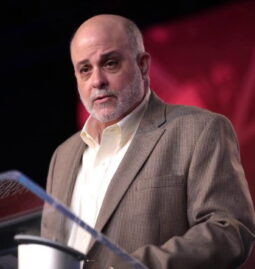