Maybe if Sharkeisha knew that the internet never forgets, she would have neem more discerning of her actions. Just one silly action of yours can become the trending topic for days, weeks, and sometimes months. In a worst-case scenario, you become a lifelong meme, giff, or point of ridicule.

Her internet foray started in late  2013  when a fighting video of hers went viral. The video showed her launching heavy punches at her schoolmate, ShaMicheal Manuel. True to the internet violence culture, some folks, found the video entertaining for some weird reasons. Meanwhile, a faction of internet users frowned at the video as they deem it an assault on Manuel.

Roughly nine years later, the internet is yet to forget and may never forget with horrid memes, jiffs, and sarcastic inferences still making the rounds on various social media platforms. Obviously, Sharkeisha is mature now and leads a private life, yet every once in a while, internet users still ask where is Sharkeisha now and what does she now?

Sharkeisha’s Fight Video Was Quite Intense

Sharkeisha took The African proverb that says the tongue and the mouth always fight but find a way to settle literally.  This is the only logical reason why she had beat up her then-best friend, ShaMichael Manuel to a pulp in the short clip. And in a nanosecond, On the 13th of November, 2013, Sharkeisha became famous in a viral video of her mindlessly beating up ShaMicheal Manuel who was unsuspecting. Sharkeisha launched several aggressive punches on ShaMichael and proceeded to stamp kicks on her chest.

In those moments, you could tell there was no telling what she was capable of as she had gone completely rogue. When  ShaMicheal Manuel fell to the ground and tried to use her hands to shelter her head, sharkeisha didn’t stop attacking, perhaps, she wanted blood to flow so much. Fortunately for ShaMichael, a neutral friend intervened by pulling Sharkiesha away from  ShaMicheal before things went out of hand completely.

Though help came really late as  ShaMicheal had already sustained a black eye, busted lip, and other minor injuries from the incident. In addition to these physical damages, her reputation was also damaged as instantly became a laughing stock on the internet. Meanwhile, She was praised and granted some accolades for the violence she perpetuated toward Manuel.

In every friendship group, there is an unspoken code of conduct, streamlining it down to every girls friendship group, there is the never-changing “girl code”.  One of the strongest girl codes is that sisters or friends must not date or crush on their fellow sisters.  Unfortunately, ShaMichael faulted this girl code which resulted in Sharkeisha beating her to a pulp on that fateful day forgetting all their merry years of friendship.

On the day of the incident, Sharkeisha laid an ambush for ShaMichael who unsuspectingly went to her house to pick up her stuff. ShaMichael revealed that Sharkeisha was angry about a boy they both had a crush on at school so she resulted in beating her.

Sharkeisha Was  Jailed Because Of The Fight

While some folks still believe the incident was a comedy skit meant to foster engagement and drive traffic. It clearly wasn’t. It was a clear-cut case of Assault as ShaMicheal sustained a black eye, busted lip, and other minor injuries. Her mother was really worried and furious at the same time because why did the other kids’ film the incident and post it on the internet. Manuel’s family sought justice and eventually, Sharkeisha was arrested but was later released on $500 bail.

After her release from prison, there have been diverse rumors of Sharkeisha’s death. Some said she died in a hit and run. While the other one claimed she passed away in a driveby shooting alongside her friend who survived.  Fortunately for her, none of these reports are true as she is alive. Sharkeisha currently lives in New York City.  Though she maintains a low profile in real life and on social media, she is now an Instagram model.

Hopefully, Sharkeisha has indeed turned a new leave from her teenage ways. 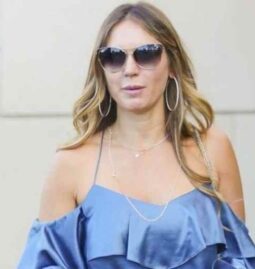 Read More
Joe Rogan wife Jessica Ditzel, makes the statement opposites attract each other somewhat true. While she maintains a calm personality and avoids media controversies like a plague, her husband, Joe Rogan does the exact opposite. He is more …