Some people became famous because of their relationship with a celebrity. Rosemary Margaret Hobor is one of such people. Rosemary is the wife of John Candy, the famous actor known for his comical relief in movies. Though late now, fans still have fond memories of the actor, and there are usually people who still reckon with his movies. While John Candy was quite a popular actor when he was alive, his wife, Rosemary Margaret Hobor, on the other hand, is the total opposite of her husband. She is private, and private matters remain what it is – private.

So, how did Elizabeth meet John Candy? How did the two fall in love with each other? John Candy is famous for his roles in Planes, Trains and Automobiles, The Great Outdoors, Uncle Buck, and other movies. For over fourteen years, Hobor and Candy were married. Unfortunately, Candy died of a heart attack in 1994. Since then, many fans have wanted to know where Rosemary is today.

As a celebrity, either by hard work or association, fans want to know every detail regarding your whereabouts. While some celebrities enjoy being in the spotlight and relish showing the world everything that goes on with their lives, some others prefer to be private about their lives. For Rosemary, the latter is the case. All through their marriage not once did the media report that they were looking at settling for a divorce. Even if they did have issues like every relationship on earth does, they didn’t bring it to the fore, which is highly commendable.

Who is Rosemary Margaret Hobor?

Rosemary’s life remains a mystery. Before her marriage to the comical actor, no one knew practically anything about her. She has always loved the private life and would prefer not to be on the tabloids. However, she is remembered these days simply because her children are actors, taking after their father’s profession.

On August 30, 1949, Rosemary was born in Toronto, Ontario, Canada. We have no information on who her parents were. But we know she was a graduate of Notre Dame High School in her town. We do not know of any of her hobbies that may have led us to suggest perhaps what kind of career she had. She has never mentioned her family or talked about her siblings. If you ever wanted the definition of private life and privacy, then, perhaps, you may just be looking at it right here.

She may not be as popular as her husband, but Margaret is an art lover. So she joined the Ontario College of Art and Design University, where she studied and earned a Bachelor’s degree in Material Arts. For several years, Hobor had taught arts, ceramics, painting, and design to students in Canada. Today, Hobor owns a studio in the center of California. It is safe to say that Hobor is a master at making abstract art and if you doubt us, you can check her arts and paintings on her website. Even though quite old, Rosemary still makes art as beautifully as when she first came into the limelight.

Who is John Candy’s Wife?

When he was alive, John Candy, an illustrious actor, was married to Rosemary Margaret Hobor. On April 28, 1979, they walked down the aisle in her city, Toronto. The union produced two children who are all grown-ups now. Their first child, Jennifer Candy, was born on February 3, 1980, a year after their marriage. Three years later, the couple had another child, Chris Candy, born on September 23, 1984. Interestingly, both children are doing what their father would be proud of. They are both entertainers.

Who is Dolly Parton husband, Carl Thomas Dean? Find out about him here

Jennifer Candy is famous for her role in Camp Candy, Cockpit, Prom Queen, among many other movies she has featured in. On the other hand, her brother, Chris, is also popular for his roles in Chowchilla, Where’s This Party, and other movies.

What Happened to John Candy?

On October 31, 1950, John Candy was born in the same town as Rosemary, Ontario. His parents Sidney James Candy and his mother, Evangeline Candy, were Roman Catholic. John’s mother’s descent can be traced to Poland and Ukraine. Unfortunately, John lost his father when he was only five years old. However, this did not deter him from pursuing his dreams. He was a graduate of Neil McNeil Catholic High School. He would then go on to study at McMaster University.

No one saw the death of John Candy coming. The hardworking actor-cum-director had only just completed his role as a director for the first time in the Fox Television comedy, Hostage for a Day. Then tragedy struck. Heart attack. This happened on March 4, 1994. Unfortunately, they could not revive him, and he passed away from there. He was only 43 years old at the time. His kids were still young, and they must have torrid times understanding that their father was no more.

But, we must credit Rosemary Margaret Hobor for nurturing the kids to become what they are today. There is, however, a series that has been dedicated to the life and death of John Candy. The series is titled Autopsy: The Last Hours of John Candy. It was released in 2019.

Does Rosemary Margaret Hobor Does Charity?

Rosemary, over the years, has donated to charitable causes such as non-profit organizations like Pediatrics AIDS Foundation and others. She has given openly and behind closed doors to charity organizations.

Who is Rosemary Dating Now?

Rosemary is not in any relationship as we speak. Since the death of her husband some 27 years ago, there is no report that she is in a relationship these days. The artist currently lives as a widow and has her grandchildren to visit when they aren’t with their parents.

What is Rosemary Margaret Hobor’s Net Worth?

Marrying a relatively successful husband means that she would inherit the wealth when he dies. Unfortunately, John Candy died a long time ago. According to a reliable source, John was worth $15 million before his death. Today, Elizabeth is worth $1 million. Undoubtedly, this wealth is inherited from her late husband.

Is Rosemary Active on Social Media?

The Canadian is quite active on social media. She doesn’t use Facebook, but she is ubiquitous on Instagram, where she shares her works. She doesn’t have as many followers as expected, but she is passionate about her craft.

Read about the incredible Hanneli Goslar. Where is she today? Find out here

Rosemary Margaret Hobor is still alive today, and she is heavily involved in her art even though she is a grandmother. Her decision not to remarry after the death of her husband is a big decision that only she knows the rationale behind it. 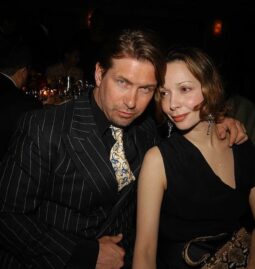 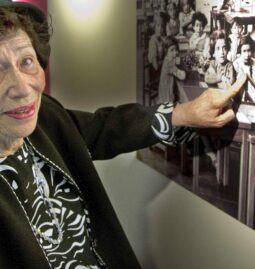