Nikocado Avocado is one of the first men who started the mukbang videos (videos that show people eating large amounts of food while broadcasting). The name Mukbang originates from South Korea. However, Nikocado Avocado weight loss is a concern to fans. Five years ago, if anyone had seen Nikocado, no one would have believed he would gain a lot weight as he has now. There is a sharp contrast between what he looked like and what he is now.

Nikocado Avocado, who claimed to be a vegan one time ago, has established himself as one of the most controversial YouTubers in the world because of his eating habits and manic periods. With over 3 million YouTube subscribers across his various YouTube channels, Avocado has made a name for himself as a weird, extreme-eating vlogger. Avocado today was three times his weight three years ago, which is a source of concern to fans who have watched him grow over the years. So why are people canvassing for Nikocado Avocado weight loss? Is Avocado even listening? Is he living on a time bomb? These are questions that need answers.

Who is Nikocado Avocado, the Mukbanger?

Nikocado Avocado is biologically known as Nicholas Perry. He was born in May 1992 in Ukraine. Perry was adopted by American parents as a child and had almost his entire childhood in Harrisburg, Pennsylvania, United States of America. Unfortunately, there isn’t so much information about his parents. In an interview with Trisha, a fellow YouTuber, he later found out about his adoption and found it hard to believe that the people who raised him weren’t his biological parents. As a result, he became a frequent visitor to therapy sessions since becoming five. He always craved attention and was diagnosed with Attention Deficit Disorder (ADD) and Obsessive-Compulsive Disorder (OCD).

Growing up for Perry, he was interested in music and acting. He majored in acting while in college. Perry is also a trained violinist and worked as a freelance violinist before his foray into vlogging.

When Perry started his YouTube page, he focused on violin covers of some trending songs. Also, he was a vegan and talked about his vegan lifestyle. He did these for many years after realizing that he probably wasn’t going to make it; he switched and focused on mukbanging. This decision was a remarkable change to what he is known for, and fortunately for him, his subscribers blew up.

A post shared by Nikocado Avocado Fan base🥑 (@nikocadoavocado_fanbase)

Nikocado Avocado Is A Mukbanger

Nicholas Perry started his mukbang videos in 2016, posting himself eating large amounts of food. He had 50,000 views in just a few weeks, to his greatest surprise. The uniqueness in his videos was him having a parrot sitting on his shoulder while he ate a massive amount of food. One reason Avocado gave for resorting to making videos of himself eating ample food was that he always had manic moments because he had a poor diet, and so, he records to stave off the low moments.

He intends to stop making mukbang videos in the coming years as it is unhealthy. However, it is over five years now, and Perry is still making these videos.

Avocado has continued to make wild videos and intentionally build a large community around its many controversies. One of the controversies is Nikocado Avocado weight loss.

Is Nikocado in A Relationship?

Nikocado is currently in a relationship with Orlin Home. How very, the couple has had as many breakups as you can imagine. They first met in 2016 on a Facebook group for vegan men. They became attracted to each other and became friends, then settling to become lovers. They live together and are frequent faces on the YouTube channels where they mukbang and throw expletives.

Who is Paula Jones? Why is she revered in the real estate world? Find out here

Perry has worked tirelessly to create a brand for himself. The controversial mukbanger has four YouTube channels to his name, including Nikocado Avocado, Nikocado Avocado 2, More Nikocado, Nikocado Avocado 3. The combination of subscribers on all his media is over 3 million. He also has billions of views combined across the channels. With titles like “my life is falling apart,” Perry not only rides on the waves of his popularity, he also uses emotional tags to gain more views. Well, Perry revealed that the most violent and emotionally charged episodes of his videos had received the highest number of views.

Weighing over 300 lbs, many fans are worried about how weight keeps increasing. It has gotten so bad that some people believe that he is preaching the gospel of obesity to many worldwide. But Perry doesn’t care about all that. At this rate, many believe, he is on a time bomb. So Nikocado Avocado weight loss is needed, and it is ironic. His fans are clamoring for it, even neutral guys.

Several accusations have emerged from fellow mukbangers that Perry abused them. In 2019, Stephanie Soo and Zach Choi appeared in a video with Avocado eating a massive quantity of spicy noodles. Four days after the video surfaced, Soo posted a video titled Why I Am Scared of Nikocado Avocado. In the video, she accused Perry of sending harassing messages. The video has received millions of views. Well, Perry denied the allegations.

A post shared by Nikocado Avocado Fan base🥑 (@nikocadoavocado_fanbase)

You can also read about Jerry Harris from Cheer. Why is he in jail? Find out here

In late 2020, Perry announced that he was leaving YouTube but would continue to make videos on his Instagram page. He said his reason is to focus on his health and his husband, Home. Well, he hasn’t left YouTube yet. 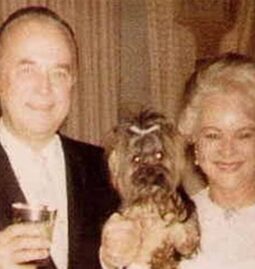 Read More
Jane Dobbins Green became famous because of her marriage to Ray Kroc, one of the American fast-food chain McDonald’s pioneers. Ray Kroc’s name will forever be remembered as a catalyst for converting a small fast-food business into a …