There aren’t too many farmers who are celebrities out there. But we know of one. Nick Hagen. He is the husband of TV host Molly Yeh. Yeh isn’t just a TV host, she is also an author of cookbooks. It is just right that a cookbook author is married to a farmer.

While, Molly Yeh is the more popular of the couple, owing to her Girl Meets Farm show which is popular among American households. The story of the show becoming one of the biggest TV cooking shows in the country is also noteworthy.

In this article, we will be looking at the life of Nick Hagen and his relationship with Molly Yeh. Who is he? Where was he brought up? What exactly does he do for a living? Who are his parents? These questions and more are what we will be targeting answers at.

Who is Nick Hagen?

Nick Hagen is the son of Roger Hagen, a farmer. He was born in 1987 in Grand Forks, North Dakota. His parents didn’t raise him alone as he has a brother. There isn’t much information about Nick’s mother, but we know she is also a passionate cook and loves to cook. In fact, reports say she gave her cookbook to her daughter-in-law as a gift. Interestingly, this is the only information about the family of Nick Hagen.

Growing up, Nick attended high school in East Grand Forks. After high school, he proceeded to Julliard college, a private school for performing arts conservatory in New York City. He learnt the art of acting and everything that has to do with the arts, here.

Interestingly, he met his future wife, Molly Yeh in Julliard School. As a student, he was particularly interested in music and was part of the university’s orchestra group where he played the trombone.

How Did He Become a Sugar Beets Farmer?

Well, it is simple. His family was a farming type. He only followed after the footsteps of his father. He farms sugar beets at his family’s farm in Grand Forks. For the past five generations, Hagen’s family had been involved in sugar beets farming. That’s a long time, and it is a tradition that the family would want to continue. After his graduation from college, Nick Hagen decided that he would focus on his passion which is farming.

How did Nick Hagen and Molly Yeh Meet?

The duo attended the same college and was in the same orchestra group. While Molly was passionate about cooking, Hagen was ecstatic about farming. Seeing that their values align, it was almost a question of when will they marry. From college, they pursued their affection for each other. Even though both were not particularly in the same field, they had a lot of things in common.

The couple dated for many years. We really cannot establish the time they started dating.  But, after dating for many years, the duo decided to tie the knot on December 27, 2014. Amazingly, the wedding ceremony happened on Nick’s farm.

A lot of friends and acquaintances were around to witness the ceremony. One fact remains that the ingredients for the feeding of guests on the wedding day came from the farm. Another reason why it is important to have a farm.

They Have a Child

Nick and his wife Molly Yeh announced on March 30, 2019, five years after they tied the knot that they have a girl child. The baby weighed 7 lbs 6 oz at birth.  They named her Bernadette Rosemary Yeh Hagen.

What is Nick Hagen’s Net Worth?

Many don’t know that being a farmer is not a bad profession in the United States of America. Contrary to popular opinions, a farmer can earn up to $60,000 a year. Anyways, we do not know the authoritative net worth of Nick Hagen. However, his wife Molly as a TV personality has a net worth of $8.5 million.

Nick has always said he enjoys his pastimes by hiking. He is a big fan of hiking.

Is Nick Hagen on Social Media?

Oh yes, he is. Nick is very active on social media; Twitter and Instagram are the two platforms he is active on.

With a history of farmers, Nick Hagen wasn’t about to stop the trend. He is happily married to Molly Yeh. While he still hopes that one day he can be a performing artist, sugar beets farming, for now, are what he is focused on.

Read More
Nikki Glaser sister may not be as famous as Nikki herself, but she is a fervent supporter of her famous sister. Lauren Glaser is the sister of the American standup comedian and actress. Nikki has worked her way … 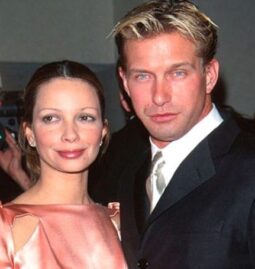 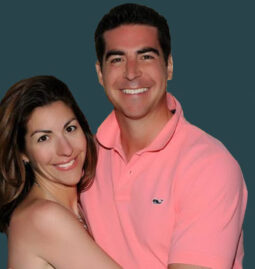