Who is Jenicka Lopez? Jenicka Lopez was born into an entertainment family so that she could transition into the same forte. If you have ever heard of Jenni Rivera, you know that name is a household name and needs no introduction.

Well, Jenicka Lopez is the daughter of Jenni Rivera. How about that for an introduction? While her mother was many things, actress, musician, author, songwriter when she was alive, Lopez has chosen to follow a different path, albeit in the entertainment industry. So, who is Jenicka Lopez?

Being born into a famous family is an opportunity for some people to be what they want to be and ride on the waves of fame. However, others would prefer to stay away from the limelight and are usually content. The former speaks of Jenica Lopez. This article exposes what Jenica Lopez does and how she has blossomed from being that random YouTuber to making millions from sharing videos.

Jenicka Priscilla Lopez Rivera was born on October 3, 1997, to Juan Lopez and Jenni Rivera in California, USA. Jenni, her mother, is a famous Mexican-American songwriter and singer. Juan Lopez, Jenicka’s father, was Rivera’s second husband. Her first husband is Jose Trinidad Marin, who is convicted of sexual assault of his daughters and sister-in-law. Juan Lopez and Jenni Rivera were married between 1997 and 2003. Unfortunately, Jenni died in December 2012 in a plane crash.

Who Are Jenicka Lopez’ Siblings?

The marriage between Juan Lopez and Jenni Rivera produced two children – Jenicka Lopez and Johnny Lopez. Jenica is four years older than Johnny. From her mother’s marriage to Jose Trinidad Marin, also known as Trino Marin, she has three older siblings – Chiquis Rivera, Jacquie Campos, and Michael Marin. The siblings all bond together despite the many unfortunate incidences between them.

A Look At Jenicka Lopez’s Career

As the daughter of a celebrity, it is expected that the details of her education are not available. We know that she is educated, but the Instagram star’s schools are not out there. Also, details about Lopez’s childhood life aren’t on the internet. But she has always had the talent. The star made her acting debut in 2011, where she featured on her family show, I Love Jenni. From this show, it was apparent that there was a talent there, and she would go on to feature the series The Riveras, which was about her family. But this is not what catapulted her to fame. Read on to find out the answer to who is Jenicka Lopez.

Jenicka Lopez Is a YouTuber!

Becoming a YouTuber is hard work. It takes a lot of dedication and commitment to churn out different videos. But, this is precisely what Jenicka Lopez has done. Today, she has an excess of 150,000 subscribers on her YouTube channel. She makes videos that talk about beauty and lifestyle niches. In a world that has so many YouTubers on about beauty and lifestyle, Lopez has carved a niche for herself, and it is so beautiful to see.

For many YouTubers who have large followers, their Instagram followers are usually large. Jenica Lopez has a massive following on Instagram to the tune of 1 million. She is seen as a social media influencer and digital marketer. She has secured deals with some of the biggest brands in the world.

Who is Jenicka Lopez? She Owns a House

At the age of 22, Lopez owned a house. Again, hard work and discipline pay. She has documented the story of her getting a house here on her YouTube page.

What is Jenicka Lopez’s Net Worth?

Jenicka Lopez grew her followership to the point where she can monetize it. Today, she has more than a million followers on Instagram. According to Forbes, the chubby Instagram star is worth $1.5 million.

Is Jenicka Lopez in A Relationship?

Lopez doesn’t look like she is in a relationship. She has never been married, and from every indication, she is not dating anyone just yet. But, again, it may be an illusion. These days, celebrities rarely put up who they are with on social media. So, the media only take wild guesses about their relationships. In Jenicka’s case, she has not put out any private information about her relationship status. But, of course, she has many admirers.

Who is Jenicka Lopez? All the details about the beautiful daughter of the late Jenni Rivera have been revealed here. 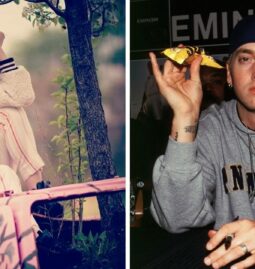