If you ever get the opportunity to see the name Jack McBrayer on the cast of any movie, be sure that lungs will tire out from laughing. He isn’t called one of the best comics in America for mere reasons, his antecedents precede him. He is best remembered for his role as Kenneth Parcell on the NBC sitcom 40 Rock. Many animations have his voice and he needs little introduction if we are being honest. His works give him away as a decorated comic.

In this article, we will be looking at the life of Jack McBrayer and everything about him. We would also answer some questions that have befuddled his personality. The fact that we haven’t seen a woman around the comic, has given rise to questions like, is he gay? What’s his sexuality? Is he hiding his romantic partner? So many questions that fans always want answers to.

Who is Jack McBrayer?

The American comedian and voice artist was born in Macon, Georgia on May 27, 1973. He lived here with his family till when he clocked 15, before he moved to Conyers, in the United States of America. His high school education is not known but we know he has a degree in theatre administration from the University of Evansville, Indiana. After his graduation, he moved to work at the IO Theatre, Chicago. He worked at this theatre for seven years between 1995 to 2002. As fate would have it, he met Tina Fey. Fey would later give him the opportunity to play a role on the NBC sitcom 30 Rock.

The Early Career of Jack McBrayer

If you are visibly talented, it would be hard to deny you. Moreso if you combine your talent with hard work, it would open doors for you. For Jack McBrayer, once he had that opportunity, he seized it and gave his best. And you know what happens to hard work, there is always a reward. It is undebatable. McBrayer’s role as Kenneth Parcell saw him earn not one, not two but three Primetime Emmy Award nominations. Once for Outstanding Supporting Actor in a Comedy Series and twice for Outstanding Special Class Category. Asides from these recognitions, he has also won several other awards like Screen Actors Guild Awards for Outstanding Performance by an Ensemble in a Comedy Series for his performance as Kenneth Parcell in 30 Rock.

Aside from acting, McBrayer was a frequent face on the TV show Late Night With Conan O’Brien. In fact, between 2002 and 2004, he made over 80 sketches on the show, showing off his Kenneth Parcell character that made people fall in love with him. Alongside, he also made several stereotypical hillbilly characters on the show.

Afterwards, he became a part of O’Brien’s Legally Prohibited From Being Funny Show. A show that required the crew to travel from Atlanta to California to Oregon and Eugene. It was more like a mobile comedy show or tour if you like.

He Was on Mariah Carey’s Music Video

His character was so popular that some of the biggest artists considered him featuring in their music videos. Aside from bringing the funnys to the table, he is also quite good on the eyes. In 2008, McBrayer made an appearance on Mariah Carey’s music video Touch My Body. The video has several thousands of streams on YouTube.

Jack McBrayer is a Voice Artist

Jack has made vocal appearances on a number of animated series. Some of these series include Ugly Americans, Phineas and Ferb, Puppy Dogs Pals, Wander Over Yonder, Cats & Dogs: The Revenge of Kitty Galore, Yo Gabba Gabba! He also has voiced for audiobooks. He was one of the actors who voiced the audiobook A Day in the Life of Marlon Bundo.

Without any shred of doubt, Jack is an incredibly talented guy. And he has featured in commercials for global brands like Kia Motors and many others.

It is important to note that even though Jack is a comedian, he also has quite a number of television credits.

Fans can be crazy when they want to know about their favourite personality. It can get so bad that they begin to conjure possibilities without getting to know what the real thing is. So many of these fans have already concluded that perhaps Jack McBrayer is gay, and which is why they haven’t seen him in any relationship. But what if the man just wants to be private about his personal life? Anyways, there is no proof that Jack is in a relationship or that he is queer. It is possible that he is gay or straight, but that doesn’t mean that he is any without any tangible proof.

One time, there was a rumor that went viral that he was in a relationship with Alexander Skarsgard. Well, the duo is often seen together every time and perhaps the conclusion may not be far from the truth. However, there is no proof and neither has come to defend the claim.

What is Jack McBrayer’s Net Worth?

McBrayer is also a businessman. While he has so many television credits to his name and sold-out comedy shows, he also has business franchises that he manages. All of these will definitely have a say in his financial status. Credible sources say the voice artist has a combined net worth of $6 million.

Jack McBrayer is still relatively young and has a long way to go in his career. So far, he has done incredibly well. But that is not all down to his immense talent, you can visibly see that he has a great work ethic too. A combination of these goes a long way to make anyone a celebrity or an authority in their chosen field. 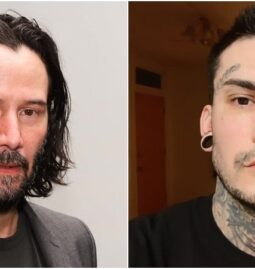 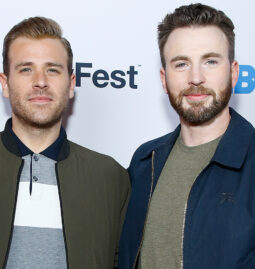