Christen Press is an American soccer player, arguably one of the best footballers in the current crop of the United States Women National Team (USWNT). With such elevated status, it is forgivable that the rumours will have a field day.

The rumour mills brought out from their locker sometime ago that Tobin Heath is Christen Press partner. To be fair on the rumour mongers, the two are inseparable and are usually seen together.

However, what’s the harm in having a best friend in a fellow lady without the media misconstruing the narrative? Well, in this article, we will explain if Tobin Heath, a fellow soccer player is Christen Press partner. We will also examine the lives of both pretty ladies who have made a name for themselves in the world of soccer.

Who is Christen Press?

It would not be a far-fetched idea to say Press is one of the most skillful soccer players you can come across in modern soccer. She has outlived some of those who she started with on the field of play. One thing we can attribute to this fact is her supreme skills which are evidence of how insanely talented she is. She has graced some of the biggest teams in the world stadia, and at every point, there are always positive reviews about how gifted she is with football.

Christen Annemarie Press was born in the beautiful city of Los Angeles, California, to an ex-footballer, Cody Press, and her mother, Stacy Press, who is now a retired professional tennis player. She was born on December 29, 1989. Press was raised with two sisters; Tyler Press and Channing Press.

Christen Press attended the Chadwick High School where she had her primary education. It was here she had some of her elementary taste of soccer, leading her school’s soccer team for two years and winning trophies that are available to be won. She was key in the school’s qualification to two Southern Section Division IV titles. During her study period, she scored a whopping 128 goals at Chadwick. This isn’t all the exploits Press made at Chadwick. She also played tennis and did track. It is safe to say, she was an all-around athlete right from her formative years. She started playing football when she was only five years.

After high school, she moved to Stanford University where today she is currently the all-time record goal scorer of the university’s soccer team.

Christen Press has played for several teams in the world, including the Chicago Red Stars of the National Women’s Soccer League, Kopparbergs, Tyreso FC, Manchester United of England and also the United States Women’s National Soccer Team. With the USWNT, Press has over 140 appearances and she is jointly the 9th all-time scorer for the team. This is extremely impressive considering the small number of times the team plays in competitions. This just shows her importance to the team.

What You Need to Know About Her Relationship With Tobin Heath

Tobin Heath is an American female soccer player and is very close to Christen Press. Having someone you like so much as your friend and playing in the same team can build a bond that people may interpret to be a love interest. The duo is almost inseparable and has similar skills. This similarity has seen them called “Preath” by fans.

The players-turned-buddies have become so close since they met each other at the USWNT. Theirs has been the case of strong friendship that has stood the test of time and they do not look like stopping.

The supreme talents and their connection on the field of play increase rumors that paints them in a way which they are not. But do they care? Obviously not. The duo has not batted an eyelid at the incessant rumors that they may be dating, instead, they have continued to show off their friendship.

So many rumors have taken root that they are beginning to look like the truth. Even better, neither of the duos has come out to debunk the rumor. Looks like they actually enjoy the rumor. So far, none has denied or confirmed the rumor, leaving fans to continue to make wild conjectures. Must be fun for them.

Linzey Rozon became famous because of her marriage to Timothy Rozon, the popular Canadian actor. Read about her here.

However, the rumor became intense when both Christen Press and Tobin Heath signed at the same time for soccer powerhouse, Manchester United in September 2020. They also spent the quarantine together in the same house. This made people want to believe the rumor that the two are a couple.

Aside from the chemistry the duo display on the field of play, they have found a way of translating that to business. Alongside, the highly controversial Megan Rapinoe, Megan Klingenberg, Tobin Heath, Christen Press partner (supposedly), and Press herself are all co-founders of a fashion clothing line. The name of the fashion clothing line is Re-inc. According to the founders, Re-Inc is a gender-neutral apparel line with a focus on promoting equity. Megan Rapinoe is a co-founder, which tells you what the drive will be on. The vision of the company is to expand into huge companies like Nike.

Tobin Heath is in charge of product design, Press is in control of quality control while Megan Rapinoe takes care of the image branding.

Who Was Christian Press Partner Before Now?

Only one man is revealed to have dated Christen Press. It is not proven if it is true. Since then, no other man has been introduced by the ladies to their fans as their boyfriends.

Nobody knows who Christen Press partner is today. But if both Press and Heath have a thing going, we will wish them all the best and respect their privacy. But for now, as there is no confirmation of who is dating who, we remain mum about has their relationship. 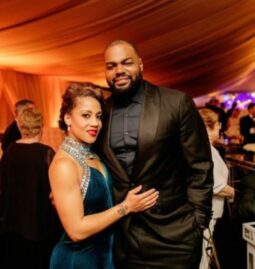 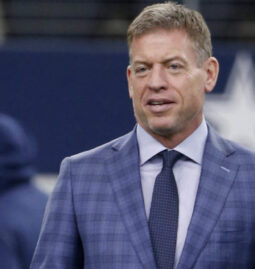 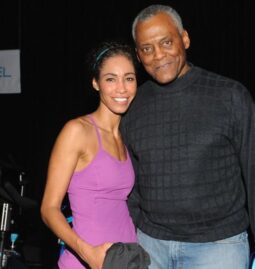